This is great new video of Hugh Jackman rehearsing for The Big Night.

All Laura has to say is this: Yum.

Jumping on the Hugh Jackman Bandwagon 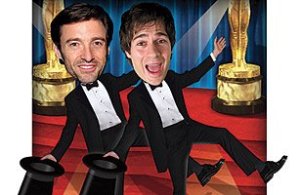 Yes, okay, so Laura kind of fell of the face of the earth for the past few weeks (personal “issues”) but in the time she’s been away from her brant the world has jumped on the Hugh Jackman bandwagon. Big time.

And can you blame them?

Tomorrow night is Oscar night and people — people besides the ever dementedly obsessed Laura! — are getting Hugh Jackman Fever like never before.

Case in point: this article by Joel Stein of Time Magazine. See Joel Stein’s face stuck on to the little body next to Hugh Jackman’s face stuck on to another little body? Well, Stein was approached by Jackman’s producing partner, John Palermo, to help write for the big night. What follows here if you click on the link is Stein’s hilarious account of working with Hugh Jackman which confirms everything nice Laura has ever said about him — based, you know, on one brief 5-minute encounter almost 10 years ago. But whatever. Here’s a really great little excerpt:

“The only proof that we really were writing for the Oscars is that Jackman would visit our room for a couple of hours each day. To my surprise, the best kind of boss is a sexy boss. Jackman greeted each of us with a giant hug, which would have been a perfect test of how gay I am, except I was totally focused on making sure I wasn’t crushed to death by his giant lats. So … pretty gay. Jackman would laugh uproariously at everything we suggested, which is one of the huge advantages of writing for a noncomedian. He acted out all our stuff, belted out our songs while standing on furniture and even watched most of Be Kind Rewind with us for no good reason. He was so omniscient in his niceness that not only did he look sad when we played him the Christian Bale freak-out tape, but he also, after agreeing to record a parody of it, called Bale to make sure it was cool if we put it online. He even let me try on the real, $18,000 plastic Wolverine claws, which made me want to do a bit about the moon and body hair; the reaction made me realize I probably should have seen an X-Men movie before writing for Jackman.”

"The Mighty Queens of Freeville" is finally here!!! 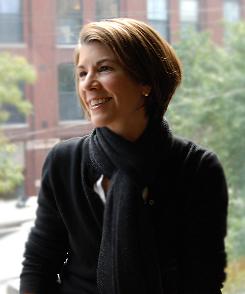 Here comes another one of Laura’s I-Know-This-Amazing-Person-Who’s-Done-Something-Amazing brants — the kind of greatness-by-association she often engages in, which might sound like name-dropping but which really isn’t. After all, Laura can’t help the fact that she knows really incredibly talented people who do really incredible things like write great books (like Amy Dickinson) and just happen to also be great friends (like Amy Dickinson).  But there’s just no way around this one so she’s just going to jump right in — brag-branting about friends be damned.

And everyone should go out and buy a copy.

And until they can go out and buy a copy, they should go to the book’s official site and watch a wonderful book trailer about Amy and her book and about Freeville, NY, which is where Amy grew up and where she returned to with her two-year-old daughter Emily after her marriage ended, and where she lives part-time now, spending the other time being the Chicago Tribune‘s “Ask Amy” columnist in Chicago.  Laura can attest to the absolute authenticity of the trailer because she was in Freeville this past summer for Amy’s wonderful wedding (written up in the New York Times Vows section) and it looks just like it does in the book trailer.

Laura can also attest to the absolute authenticity of Amy because Laura has known her for about 12 years, back to the time when they both lived in Washington, D.C. in the Kennedy-Warren apartment building both of them having recently had great career-things happen to them (Laura had quit her day job after Animal Husbandry and had just finished writing Dating Big Bird, and Amy had just added to her NPR freelancing a fabulous new job as “Family columnist” for Time magazine.  It was kind of a charmed time because Laura and Amy had both moved up through the building — as financial times got better — from smaller apartments to two of the best apartments in the building:  Amy in the center 3 bedroom, and Laura in one of the side 2 bedrooms with views of the National Zoo.  And unlike most people who live in great apartments, Laura and Amy were actually able to spend time in them, enjoying the views, enjoying the spaciousness of the rooms, enjoying having people over for coffee in the late mornings or late afternoons.

Back in the days of the Kennedy-Warren, when Laura was still single and even after, when Laura wasn’t single anymore and was a new mother, Laura would pad down “The Shining”-style hallways of that wonderful Art Deco building, take the elevator a few floors down, and come into Amy’s apartment, which was always full of light.  Light from the wall of windows that faced the front of the building, and light from Amy herself, who always seemed to be full of something interesting or hilarious to talk about.  Amy even threw Laura her baby shower — on a hot and humid Sunday afternoon, Laura about 50 pounds over her legal limit, and Amy in a signature sleeveless belted Vintage party dress — a lovely afternoon that someone committed to about 6 hours of videotape that Laura still has somewhere but can’t bear to watch because of how little neck and how many chins she had at that point in her pregnancy.

But the best part of knowing Amy then — and the best part of knowing Amy now — is that whenever Laura had a problem — and believe me, Laura frequently has big problems — she could always count on Amy to talk to.  It sounds ridiculous and like the biggest most giant cliche to say that Amy the famous advice columnist gave great advice but it’s true — Amy gives great advice.  Just like she did then, and just like she did last week, when Laura emailed her with her latest unfunny life riddle and an hour later she emailed Laura back a wise and true and perfect note.

So Laura feels compelled to brant about Amy and her new book.  Not that Laura thinks her brant drives people into bookstores or anything — she’s not that demented! In fact, promoting a book that doesn’t actually need promoting reminds her a little of way back when, in 1998, when she went out on her first book tour to promote Animal Husbandry. It was sooooooo long ago (11 years) that Chick Lit wasn’t really a thing yet, and Laura can remember going to her signings and readings and telling people about this new really cool book about being single that had just come out in England and that was going to be published in the U.S. in a few months.  She knew about the book because one of her closest friends (they knew each other as assistants at Random House decades ago) had a huge job at the time at Viking/Penguin which was publishing Bridget Jones’s Diary in the U.S., and he had sent Laura a copy of the manuscript because he thought she’d like it.  Of course she loved it, and thought it was hilarious, which is why she started using her platform to inform people about Helen Fielding’s forthcoming book. As if Helen Fielding needed her help! But how was Laura to know how absurd it would be for her to be “advancing” for Bridget Jones’s Diary when a few months later Bridget Jones’s Diary became a monster bestseller that eclipsed Animal Husbandry and every other book written by a female for the next two years.

This feels a little like that in the sense that Laura knows that Amy’s book is going to be a monster bestseller — funny and sad and deeply moving and the kind of book you’re really really sad to finish and want to start re-reading immediately — and it’s one of the very very few books that becomes a monster bestseller and actually deserves to be.

Be my Valentine (with some practice) – The Boston Globe

Be my Valentine (with some practice) – The Boston Globe

Laura already posted this on Facebook, but not every single person in the world is on Facebook, so she’s posting the link to the terrific review of Get Over Yourself! in today’s Boston Globe here, too.  Thank you Caroline Leavitt who Laura has never met but who she’s seen on Facebook!
Posted using ShareThis
2 Comments
Uncategorized 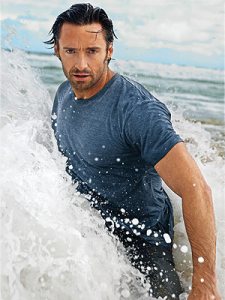 It was a tough complicated difficult busy week.  But finally Laura feels one of those potpourri-type updates coming on, so she’s just going to get started and see how far she gets before she has to stop and do something else. She’s got a lot of little things to report and a few bigger things, so she’ll either cram it all into one big huge long boring brant or break it up into several smaller brants. Here goes:

And as she’s thinking of this and still watching Jurassic Park, she’s reminded of the day she spent with the late Michael Crichton in Los Angeles during one of the annual book conventions, when Laura was in charge of getting him from signing to signing and to various other places.  Not only was he one of the tallest people she had ever seen — he was 6’9 — but he was truly fascinating, a brilliant conversationalist, and a really nice person. So many assholes write shitty books, and how lucky Laura feels to have met, however briefly, two of the most amazingly talented and civilized authors the world has ever known.